How long before the start of the event it is best to order a consecutive interpreter at translation agency?

When you understand that it is impossible to do without a participation of an interpreter, you should start looking for him as soon as possible (best right after a moment, when a date of the event is settled, or at least you know approximate dates) and not later than a day or two prior to it. Popularity of language should also be taken into account. While it is mostly possible to find an English interpreter in one day, looking for a Turkish or Swedish interpreter would be another thing entirely. Exact understanding of theme and format of the meeting will allow finding the most qualified interpreter in this field. If possible you should provide all necessary preparation materials for an interpreter (booklets, text of speech etc.) It also pays to make sure on the correctness of the language to/from which you need a translation. 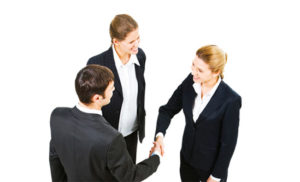 For a consecutive translation to be of high quality, an interpreter should remember some unofficial rules: meaning of the speech has to be interpreted accurately, laconically and grammatically correctly. Another key feature of consecutive translation is culture of speech. Interpreter has to try not to overload the speaker`s text with meaning and words. This type of linguistic services provides the shortest translation of the speaker`s speech, without superfluous explanations. In consecutive translation it is vital to remember about the length of a text, as it may differ in various languages. Qualified interpreter knows approximate differences as a percentage and should not overuse time, given for a translation of certain phrases and sentences. Although there are interpreters who ignore this rule and believe that verbosity is an advantage and a sign of professionalism.

This flaw does not mean that an interpreter has bad education or does not know the rules of work. On the contrary, such behavior of consecutive interpreter speaks of his experience and superb knowledge of specific terminology. Consecutive interpreters always specialize in one or several fields, so they cannot be called professionals. Thanks to narrow specialization they can work for a long time with one speaker.

For a consecutive translator to be able to prepare himself for a planned event, he should be given additional materials that will help better understand all niceties. There are cases when a translator receives text beforehand and already knows what to say at the event. It simplifies consecutive translator`s work and does not exempts him from liability for possible erroneous utterances. Even if translator knows the speaker`s discourse he should be ready for possible deviations from planned scenario, he should always be on guard and immediately react on the smallest changes.

In emergency cases consecutive translator should in no case use parasitic words, a lot of synonyms, insert some statements on his own behalf or add commentaries, as well as speaking of the speaker in a third person. Using parasitic words can lead to the loss of meaning of the entire speech. Parasitic words consist not only of separate words, but also of entire phrases. One may use them if he cannot find a necessary word and cannot make a pause in his conversation. During consecutive translation there are situations when an interpreter picks an optimal word or phrase for too long and uses parasitic words to win some time for picking a suitable phrase.

Speaking of using a lot of synonyms, this is where it seems that interpreter picks the right word orally or tilts toward the principle “the more the better”. Such interpreter`s actions steel time from listeners and speaker. In such situation it is vital to grasp yourself together and pick one, most suitable synonym.

Another problem of consecutive translation are translator`s commentaries and adding of any words or phrases on his own behalf. When speaker says a word that an interpreter does not like, he in turn tries to comment why this concrete word is used in this situation. Due to various reasons interpreters may add their own words or phrases into speaker`s discourse, which may alter the meaning of the text. Each who works with oral translations, should know that translator`s speech is considered to be an exact retelling of speaker`s discourse, so it should be word to word translated, which is why such commentaries and addings are unacceptable.

To avoid such difficulties on the event itself its best to order services of a consecutive translator only at бюро переводов.

How long before the start of the event it is best to order a consecutive interpreter at translation agency? обновлено: September 28, 2017 автором: azurit
Tweet
Звоните! ☎ +38044 222-96-89