Who is a sworn translator?

If you need legalized documents that will be sound in other countries, their translation must be performed by a sworn translator. For a translated document to be legalized abroad there must be a signature and a seal on a document that will confirm its authenticity. For such translation it is necessary to provide an original document. Sometimes there can be made an exception and send a scanned copy via e-mail, but in such case a translated document with a signature and a seal must be attached to this copy.

Document legalization procedure can vary depending on the laws of the country, for which such documents are made. For example, if you travel to France or Czech Republic, there is no need in certification of documents in embassies of these countries; it would be enough to consider a sworn translator, who already has a seal for such procedures. These seals are granted by the embassies after a translator passes a certain examination. Results of such examination and an oath in the court will allow a translator to perform a translation that will immediately become legalized in the country, for which it is made.

Such examination usually has two steps, a written one and an oral one. On it a competitioner must demonstrate his knowledge in the field of legal translations, and to show, how good he understands a legal terminology. Sworn translator in a way is a combination of a normal translator and a notary in one person. Documents that are prepared by such a specialist, can serve as a proof in a court of other countries. Legally, such an executant, who prepared a respectful document, bears full responsibility for its authenticity; that is why mistakes in such documents are impossible.

Difference between simple and sworn translators

The first and main difference is the fact that a sworn translator bears a sole responsibility for the correctness of performed work and its authenticity. He is the only one who is in charge of his signature and seal according to all state laws.

Skills and experience of accredit metaphrast, which is how formerly a man was called, who new foreign language and could perform a text retelling, are confirmed by state authorities. Thanks to it, there is no possibility of receiving a ready document with any mistakes. Which cannot be said about a normal translator, whose work is checked by a proof reader, who can correct the missing inaccuracies in the text.

According to state laws a sworn translator has to bear responsibility independently for a possible inflicted damage that was caused by a document, formed in a wrong way.

To keep himself safe, always use services of accredit executant, then your documents will be translated in a correct way and sealed.

Such a work cannot be called an easy one, as during all his work such metaphrast must continuously proof his knowledge and skills by passing attestation examinations. 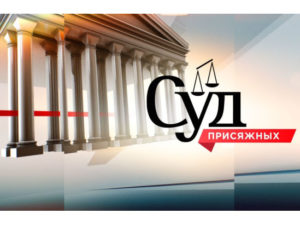 Where do you find an accredit or a sworn translator?

Usually, such executants are present in every Consular department of the embassies of foreign countries on the territory of Ukraine.

A lot of translation agencies prefer having a sworn translator in the staff. It helps covering a wider sector of provided services. When you come to a translation agency, you receive a full package of necessary documents in one place and save you time. Each agency eagers to have accredited metaphrasts, who know various languages, which helps occupying a larger share of language services market.

To evade difficulties and ambiguity, it is necessary to realize demands of a foreign state clearly. Only when you have carefully studied the needs, you can come to a translation agency or a Consular department of the embassy to receive a legalized translation on the necessary documents. Some countries demand only an Apostil seal or a double Apostil when preparing documents. All these procedures are legal and have the same legal power, but to save time and money, it is necessary to find out the way of legalizing the necessary documents in the respectful authorities of a foreign state. Translation agency will help you deal with these questions that has an accredit translator in the staff that has all necessary knowledge to deal with this work professionally and in within the time frame specified.